How No Till Farming Affects Sustainability and The Conventional Farmer

How No Till Farming Affects Sustainability and The Conventional Farmer 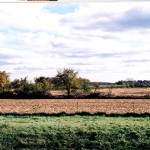 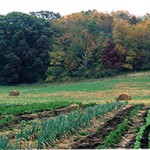 I met a conventional vegetable farmer at the Green Market where he sets up a booth every Saturday.
We have had a few conversations about growing and farming. He tells me he is the fourth generation of sustainable farmers from Indiana, but he sold his land there and bought a piece here in Florida. He works as a farmer for an agrichemical company by day and then goes home in the evening and farms on his own land. I guess he can’t help himself, he is a farmer through and through. On Saturdays he comes to the Green Market with baskets full and I think sells his produce for less than it costs to produce. His farm is his after work hobby.

I am interested in this farmer because he comes from a long line of Indiana farmers he calls sustainable, but he uses methods that are unsustainable. When we talk about sustainability he says he believes that a farm can not produce new food without inputs, that soil gets depleted by fruiting plants, and manuring and returning just the husk or unused part of the plant back to the soil does not replace the energy taken from the soil for the production of fruit or flower leaf or root crop, for the next cropping season. Mostly he is wrong, but I know why he thinks he is right, but before I explain my ambiguous answer I need to explain a little about sustainable farming.

Sustainability has many facets, including a relationship with the community, stewardship of the land and local environment as well as humane treatment for livestock, profitability, and sustenance of the farm family as a cooperative unit. Sustainability as relates to inputs and falls under the very important sustainable facet or principle of profitability is more specific to what the Conventional Farmer and I were discussing, inputs being the costly things one must bring in to the farm to make it run like diesel or gasoline for equipment, feed for livestock, veterinary care, and anything else the farm needs and can not make on its own and so must buy.

Now here is my answer concerning the Conventional Farmer’s assertion that plant wastes and manure won’t be enough input for the farm soil to continue to produce year after year without bringing either livestock feed or plant fertilizer in. Yeah that is an absolute truth for as long as you insist on plowing up your soil every season before you plant; and no that is not true for farmers who don’t plow, turn, or till the soil, and there goes another costly input, fuel.

Plants don’t deplete soil, plowing does. Plants are the gatherers of above ground nutrient for soil. They make nutrient exchanges above and below ground. By penetrating the soil with their roots water can fall deep into the soil, they photosynthesize to bring carbohydrates to their roots which they exchange with soil organisms for nutrients in a perfect symbiosis. Plants have a way of mobilizing the nutrients from undisturbed soil (only undisturbed soil contains the precursors necessary for this process) that they can’t synthesize themselves. Plants roots leak out up to 25% of the nutrients they make in photosynthesis. This leakage sets in motion a cycle called The Oxygen Ethylene Cycle which releases plant nutrients bound up in soil and otherwise unavailable for plants so that plants can get the NPK and trace elements and minerals they need from the soil. When mobilized by this process these nutrients if not taken up will re-crystalize becoming bound up by the soil once again and so are unable to leach out of the soil. This oxygen ethylene cycle also helps to reduce the incidence of soil-borne plant diseases by putting certain soil microbes into temporary states of dormancy. This is the most efficient, and ecologically sound way for plants to get the nutrients and protections they need from soil.

None of this is possible once soil has been plowed. Plowing causes a more immediate and wasteful release of NPK and minerals and trace elements which then leach out of the soil if not immediately taken up by plants. What plants take from healthy soil is less than 5% of their overall needs for nutrient. The over 95% of their needs are met by the sun, air, and rain. By living and dying in soil plants help to improve soil more and more each season. When soil is plowed its aggregates get smaller and are more likely to be taken away by wind and erosion. Plowing or turning soil over exposes the organic matter in soil to the air, and although this creates an initial speed up in organic digestion and soil nutrient release for plants overall it is a step backwards and takes a great deal away from soil and plant health by destroying the very organisms that populate soil to make a healthy relationship with plants. In the same way as the flora and fauna in our digestive tracts are not us, but are necessary for us to have to digest and utilize our food, so are plants and soil that dependent on one another for life. Soil is not just a lifeless anchor for plants it is a universe of life forms and systems which interact intimately with plants and their systems to form one ecosystem.

It is June now and I don’t see the Conventional Farmer’s booth at the market any more. I wonder what he is doing now. While he may never have had to build the soil in Indiana I can’t imagine how he will get along here year after year farming with synthetics on land (once a citrus grove) that was depleted when he acquired it, and never was fertile farm land. He has nematodes now, and reckons he will have to treat his soil for nematodes. He told me he plans to gas the soil. I hope he was joking. Maybe as I write this he is covering his fields with manures and carbonaceous wastes. Hey a girl can dream!

I suppose it is arrogant to imagine that The Conventional Farmer will make changes in his methods because I want him too or because I think it would be better, but it is not a stretch to imagine that this farmer could have an epiphany of his own. After all he came from sustainability. His soil has to be in crisis, and maybe like many others before him he will begin to sense this crisis on his farm. With his farming experience a turn to no till culture could make his produce at the market even more awesome. With no till farming he could make even more excellent food, while reducing his time plowing and his costs for tractor fuel and synthetic fertilizers and pesticides.