The Demise Of My Seminole Pumpkin Vine

The Demise Of My Seminole Pumpkin Vine 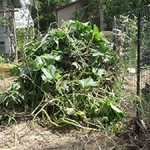 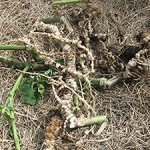 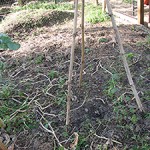 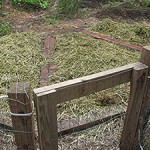 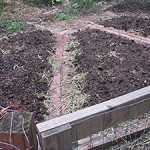 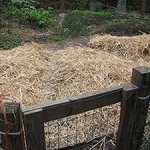 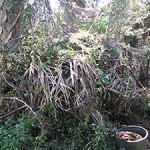 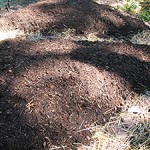 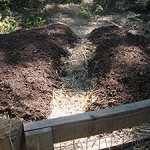 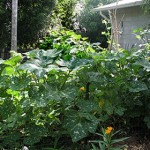 "What It Had Become"

I killed the Seminole Pumpkin vine. It had taken over three 50 sq. ft. sections of my garden and ran around the fence blocking five sections and two out of three gates. It was cathartic to get that thing out of my garden. I am working quickly now to prepare those sections for replanting. I did not disturb the soil any further than to rip the vines out of the ground along with a few weeds. I found that the roots of the original plants were very knotted up with nematodes. The vine survived well in spite of the nematodes because it formed new roots everywhere it touched the ground. I photographed the knotted roots. Nematodes are a microscopic worm. There are many different kinds of nematodes. Some are the invertebrates in our compost piles helping to break down plant material. The nematodes in the roots of my pumpkin vine are a specific plant nematode which populates the roots of a plant and eventually chokes off the root as a conduit for nutrients. They are bad, but they don’t affect all of the crops I grow equally.

My neighbors solarized or sterilized their garden against nematodes over the summer. It involved turning the soil a number of times over the course of days and then covering it with a clear plastic barrier to increase the heat while exposing the soil to ultraviolet light. I have managed in the past by piling organic materials and manure on the beds and covering them up with straw to create a compost environment which included a thermophilic stage to burn off some of the nematodes.

I have piled alfalfa hay, manure, straw, manure and compost on top of the beds I have reclaimed from the pumpkin vine, and in that order, just like the No Dig or Lasagna Garden Box, only there is no box. I lucked out on the compost. One of my very old passive compost piles had the jackpot of compost beneath it, and I have been hollowing out the bottom of this pile. I imagine that in a short time the hollow or cave I have created beneath this pile will collapse down. Now that this compost/soil is seeing the sun for the first time some weeds may sprout. I will wait until that happens, scratch them off, and repeat this one or two more times before planting into these beds.

I have many more Seminole Pumpkin seeds. I will plant them again, but this time outside of the garden at the base of a Cabbage Palm perhaps.

Compost Nematodes No Till Gardening Preparing for Planting Seminole Pumpkin